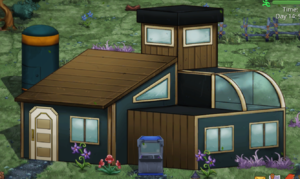 The Administration Building is the central building of the colony on Viridis Primus. It is the home of Jade Washington, and for the first day, the home of the player.

It has a single door on the southwest side of the building. To the east of the door there is a Blueprint Machine. 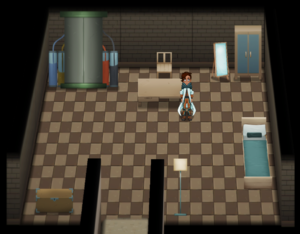 The storage room is the player's first home, before they complete Build a house. It contains a 3D Printer, Mirror, Wardrobe, Bed, Storage Chest, Lamp, and a desk and chair. Although it ceases to be considered the player's "home," they can still use the bed to sleep. 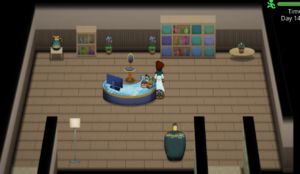 The office is a large room with bookcases, vases, and a Lamp. The large circular desk at the center is Jade's Collections. 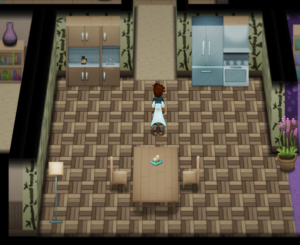 The kitchen contains two cupboards/counters, a table with two chairs, a Lamp, a Refrigerator, and an Oven. It leads to Jade's bedroom. 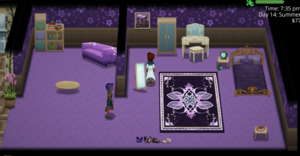 Jade's bedroom is technically split into two rooms by a partition, but both have the same wallpaper and flooring. The western side contains a couch, two bookcases, and a table. The eastern side contains a carpet, some shoes, Jade's bed (with a bottle of wine sitting next to it), a Mirror, Wardrobe, Alarm Clock, Jade's Journal, a painting or photograph, and a white vanity set.